Sustainable cities of the world

We are continuously being fed information on the world’s deterioration. Our air, oceans, and waterways are becoming more polluted with each second that passes. We are mining coal to burn for fuel that leaves toxic emissions in our atmosphere. We are tossing billions of tons of non-degradable materials into our landfills. We are slowly killing our planet.

So what are we doing to combat this damage? The good news is, there are cities and countries out there that are working towards change. We are now seeing more often ‘eco-cities’ or ‘sustainable cities’ popping up around the globe. Even some of our oldest cities are being retitled as green cities as a result of their environmental efforts.

The parameters of what makes a city sustainable vary but ultimately they are all working towards one goal, creating energy from renewable sources, protecting the environment, and protecting the people who live in them.

The sustainable buildings of the future we dream about are now a reality and their numbers are increasing. As technology develops, with it comes a plethora of solutions to some of our biggest challenges when it comes to sustainability. We have developed solutions for producing energy without the need to destroy our planet while we are at it.

As a result, this has lead to one thing: the emergence of sustainable cities.

We take a look at some of the most eco-friendly cities around the world and what they are doing to help protect our planet. 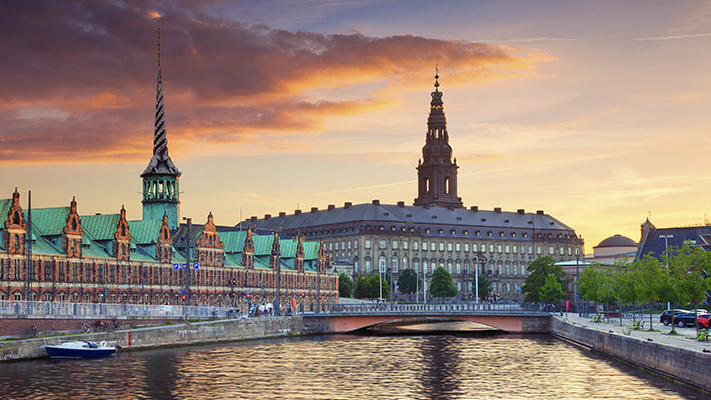 When talking about sustainable cities Copenhagen is almost always at the top of the list. The city has implemented a number of initiatives in order to reduce their carbon footprint, aiming to be the world’s first carbon-neutral city by 2025.

Not only that, the city has overtaken Amsterdam as the most bike-friendly city in the world, with only 23% of residents owning cars and all public buses making the move to electric power.

The Government in Copenhagen has backed the city in its sustainable efforts, implementing an initiative to plant 100,000 new trees by 2025 and integrating green roofs on its infrastructure. To top it all off, the city also boasts an array of advanced wind farms.

We don’t know about you, but this sounds like the place to be, and the people who live there agree – with a very high quality of life rating. 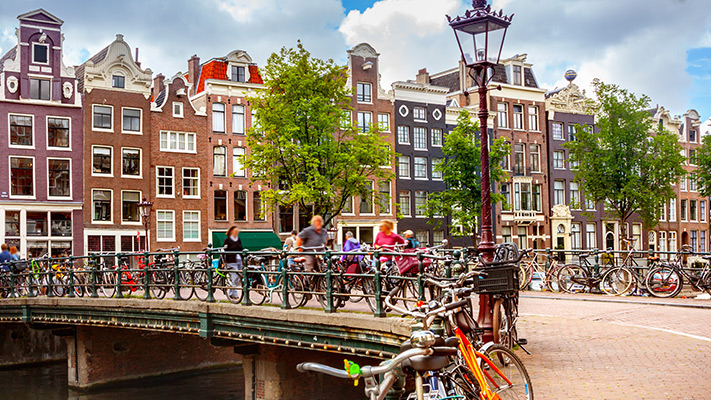 Amsterdam is known for its bicycles. In fact, it has more bicycles than people! However, bicycles are not the only form of sustainable transportation in the city. In efforts to further reduce its carbon emissions from transport, the city promotes the use of electric vehicles and has over 300 electric car stations throughout the city.

As the first city to outline sustainability goals, all to be achieved by 2020, the people of Amsterdam are accustomed to its sustainable practises and have adopted them in their own lives often opting for eco-friendly and second-hand clothing and the practice of upcycling becoming hugely popular.

Residents in Amsterdam also do their piece for sustainability and prefer to purchase their produce from organic farmers markets in ways of supporting local farmers and reducing their impact on the planet through agriculture. 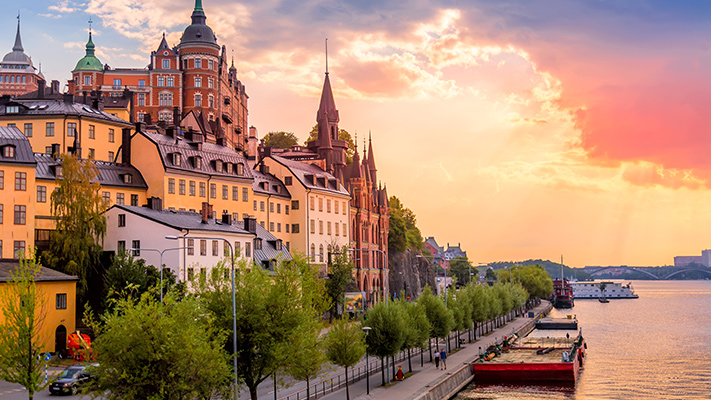 Sweden is often the country to pop up when we talk about innovative and progressive countries and its sustainability efforts are no exception.

Stockholm is one of the most eco-friendly cities in Europe and has a goal of becoming completely fossil-fuel free by 2020. So far the city is on track to hit its goal, by implementing a system that only requires a small amount of fossil fuel energy.

Stockholm’s biofuel plays a major part in the sustainability of the city. It’s biofuel conversion plants attributes to its renewable energy sources, along with residential household waste. It also boasts an innovative system capable of retaining wasted heat from shops, stadiums, and datacentres to recycle back into homes to heat the residential sector.

Though some of our cities have had the foresight to integrate sustainable solutions into their structure, there are also new sustainable cities popping up around the globe. These cities are focused on sustainable design, with every element being considered to create a fully sustainable community reliant only on its own energy and resources to survive.

The Sustainable City in Dubai is the perfect example of this. The entire city has been specifically designed to work off self-produced renewable energy and is fully self-sustainable. Transport in the city includes bicycles or electric-powered buggies, with electric charging station placed around the city. The entire city is powered from clean energy including water and waste recycling.

The city has dedicated 60% of its space to green space, for plant life and urban farming spaces which grows all local produce. The green space are watered using grey wastewater from the city.

On top of the practical sustainability methods, the city also encourages communities to get involved by giving them employment in the city and providing community events for locals to be involved in.

UC Davis West Village is the largest planned zero net energy community in the United States. It will be comprised of 663 apartments 1,250 student housing units, and over 42,500 feet of commercial space, all located on the University of California campus.

The city will be planned around a central ‘Energy Hub’ where energy research is conducted by students of the university. The city relies on photovoltaic panels to produce its energy and is already on target to achieve 100% of the cities energy demands.

At its completion, the city will be able to house over 5000 residents.

Building the cities of change

As our existing cities start making substantial changes to the way they operate and as they lead the way towards negating the effects of pollution on our environment, focus on implementing more sustainable practises is becoming more common around the world.

These changes in our urban environments are also encouraging more innovation in our building design, challenging architects, engineers, and building designers to expand their scope and come up with innovative technologies to better our built environments.

As this happens, we are seeing completely new sustainable cities being created. Cities where sustainability is at the centre of its design from its inception – a big step in the way we think about our built world. Each step in the process is another step towards protecting our planet from the effects of our pollution and our ever-growing population.

The in’s and out’s of recycling

The in’s and out’s of recycling

This website uses cookies to improve your experience while you navigate through the website. Out of these, the cookies that are categorized as necessary are stored on your browser as they are essential for the working of basic functionalities of the website. We also use third-party cookies that help us analyze and understand how you use this website. These cookies will be stored in your browser only with your consent. You also have the option to opt-out of these cookies. But opting out of some of these cookies may affect your browsing experience.
Necessary Always Enabled
Necessary cookies are absolutely essential for the website to function properly. This category only includes cookies that ensures basic functionalities and security features of the website. These cookies do not store any personal information.
Non-necessary
Any cookies that may not be particularly necessary for the website to function and is used specifically to collect user personal data via analytics, ads, other embedded contents are termed as non-necessary cookies. It is mandatory to procure user consent prior to running these cookies on your website.
SAVE & ACCEPT